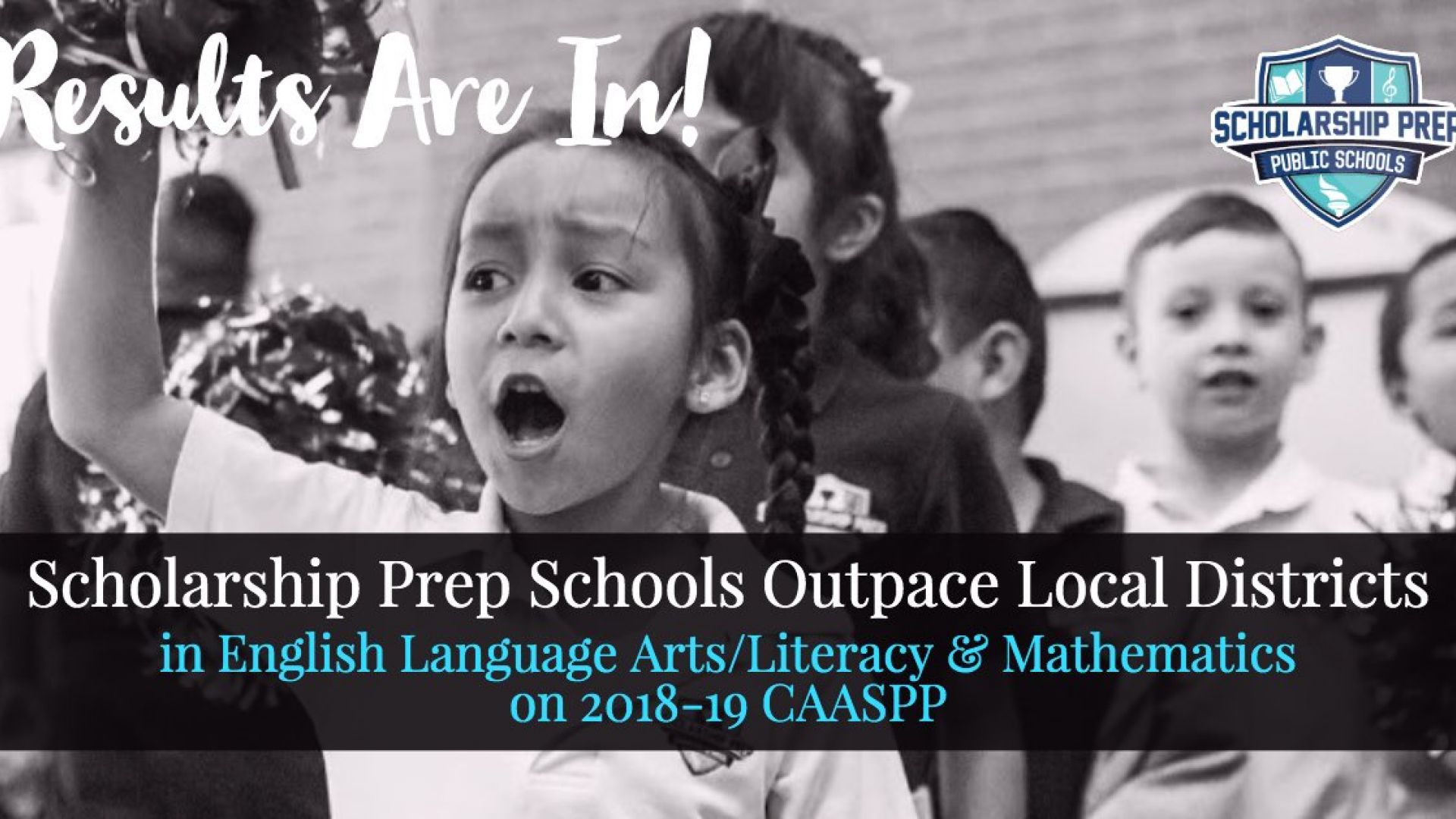 Posted by Arthur Congo on October 09, 2019 in General News

Additionally, the State of California growth has seen just 1% increase in both subjects each of the past two years.

“Our scholars are showing what can be done when school leadership puts kids first and are given the tools to succeed,” said former Senator Gloria Romero, Scholarship Prep Co-Founder and Executive Director. “I am proud of our students who continue to show that they will succeed when challenged, and it is a credit to our whole community that the achievement gap for our English learners and socioeconomically disadvantaged students continue to close expeditiously.”

English learners at the Santa Ana campus continued to outperform all expectations, scoring at 30% in ELA and 38% in Math. For comparison, Santa Ana Unified School District scores dropped in both subjects to 3% and 5%, respectively.

The test scores continue a trend for Scholarship Prep, which showed double-digit growth among all students and student subdivisions in 2018 CAASPP results.

Scholarship Prep, co-founded by former California Senator Gloria Romero and long-time educator, Jason Watts, is a comprehensive public charter school model that represents a breakthrough approach to education which has proven particularly successful in closing the gap for all students, with a prioritization on historically underserved, foster and socioeconomically disadvantaged students in the areas it serves. Scholarship Prep operates schools in Santa Ana, Oceanside, and Los Angeles. For more information go to www.scholarshipschools.org